This page brings together the several mentions about the Cornish pasty and Mexico as well as some new ones.

The Cornish Pasty/Mexico connection is profound and will become more so as we learn more about it: 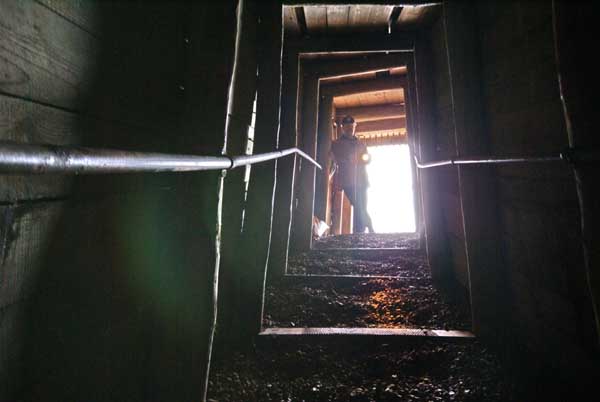 The six photos below are from a visit to Geevor Mine and Wheal Mexico on 25 Sept. 2011 The walk-in entrance to the old Wheal Mexico mine, re-discovered in 1995 after removing a pile of waste in the preparation of the area as a heritage site. Something of personal interest seeing that my grandfather's farm had a 'Mexico shaft' on it. 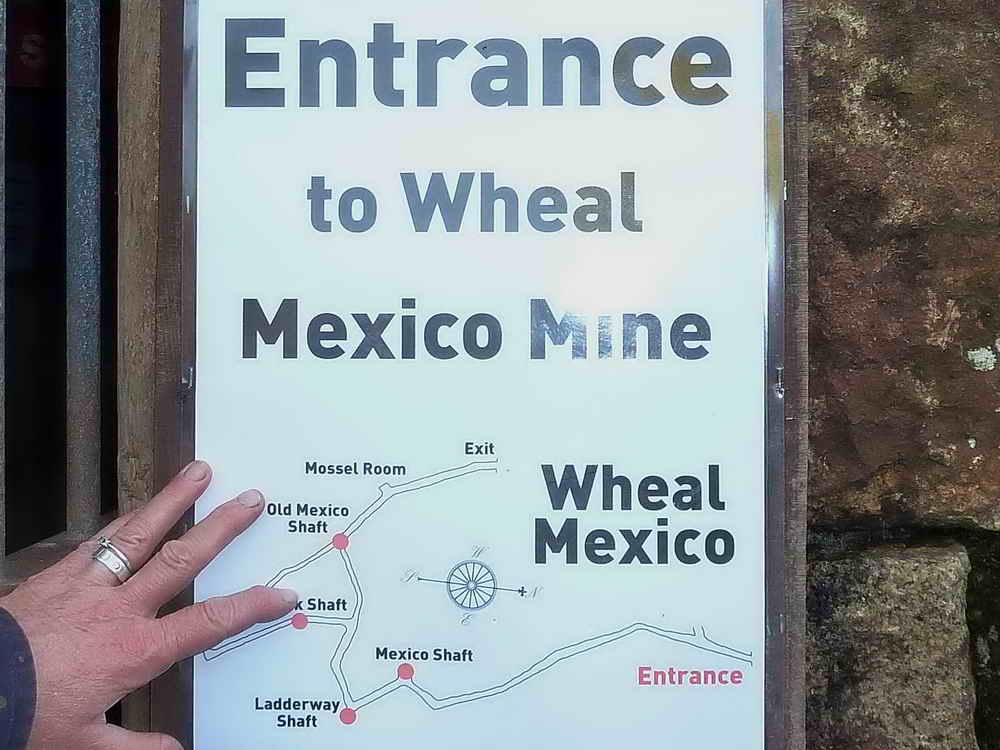 Plan of Wheal Mexico mine. Ladderway Shaft, but with a kibble as well which wouldn't have been there in reality in conflict with the ladderway access;
it would have been in one of the other shafts for raising ore. The Mossel Room, complete with an abandoned pasty! The newly made exit from Wheal Mexico, made to avoid visitors having to go against each other going in and out.

The connection between the Cornish Pasty and Mexico is probably greater than you first thought!

Websites are reproducible unless otherwise indicated, but HMSO has stated in correspondence that they do not consider material under Crown Copyright redistributable under such licenses as the GFDL. For example, documents on the website of The National Archives are subject to the following conditions:

Further information can be seen here:

As the maps are published and more than 50 years old, the following applies:

ALSO - SEE Ordnance survey.co.uk - Copyright licensing for potential mapping applications & I am a walker wishing to publish my walks on the internet - what licence would I need? (for Dartmoor CAM)

Acknowledgements
1. Our sincere thanks to the landlord/landlady of the Mexico Inn, Long Rock, Cornwall, for permission to take the photographs inside the pub that are used on this web page.
2. Our sincere thanks also to Jo Warburton and Bill Lakin, Geevor Tin Mine, Pendeen, Cornwall, for various information and for providing the photograph from Wheal Mexico that appears on this web page.

So there we go again - there's always something to learn about the Cornish pasty .....