The Cornish Pasty presents a follow-up to The 2012 Pasty Tax, - that web page offers official, parliamentary discussion with quotes from the House of Commons Hansard.

This page offers news items about the discussion and protest about the so-called "pasty tax", not just in Cornwall and Devon but also in parts of the Midlands and North England, Wales and Scotland where pasties are also eaten (in Scotland it is the bridie). The tax will also apply to various pies, sausage rolls and other bakery products across the whole country.

The Western Morning News and The Herald newspapers have carried several stories ..... 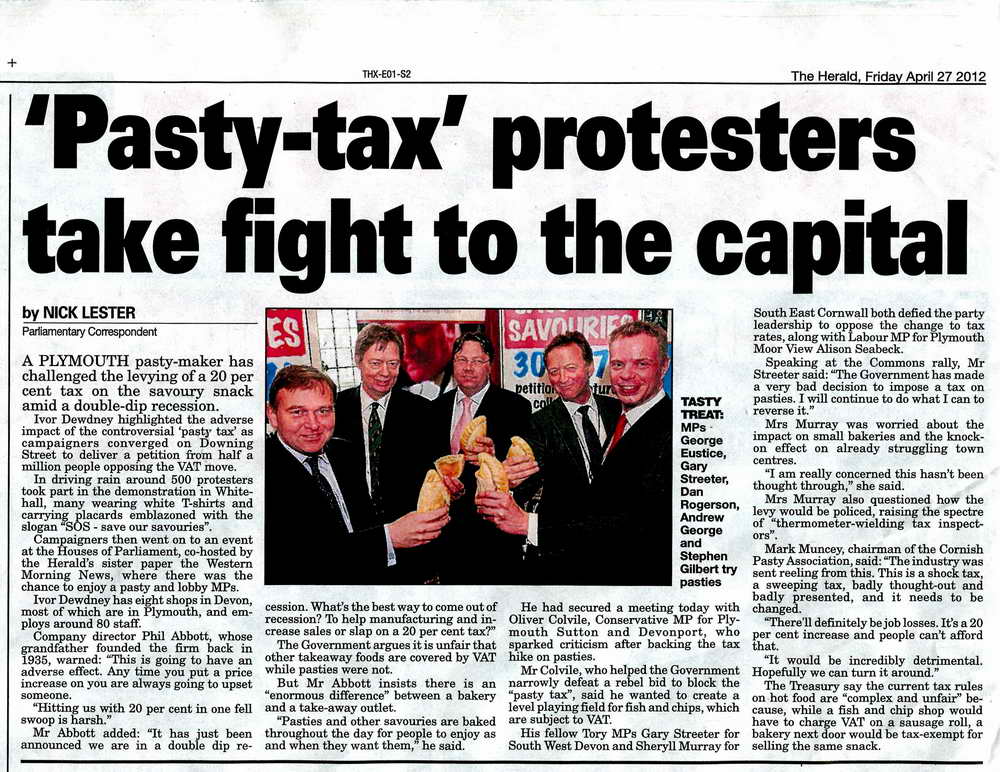 Copyright: Image reproduced by kind permission of The Herald (Tel. Pictures 1 May 2012). The original article may be viewed online here

Try your own 'pasty tax' search for the latest items in the Western Morning News and Plymouth Herald HERE.

Try your own 'pasty tax' search for the latest items in the BBC database HERE.

To get an idea of the strength of feeling and the number of news items about the pasty tax, click HERE for the results of a new Google search.

As can be seen from the above, the proposal to tax our pasties (and similar food products) is casing quite a furore. We will continue to bring you the facts on The Cornish Pasty.