This Cornish pasty page brings you something very special that a lot of people deny the existence of - the pasty tree! Here you see one that survives to this day in a garden somewhere near Hayle, and it usually bears a fine crop of pasties ..... 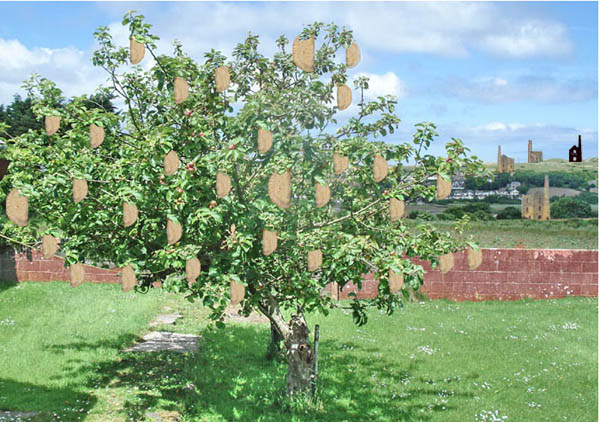 This photograph, taken 14 June 2007, may be the only way for Visitors to see such a tree because when I was a boy, I took a Visitor into Father's orchard to show him the pasties on the pasty trees and he said he couldn't see them at all - see HERE! Many other Visitors have told me the same thing since.

Anyway, here is the proof, they d'say that seeing is believing, so look at this photo .....

This tree has about 60 pasties (some are round the back of the tree) AND ALSO THREE COCK PASTIES - can you spot them? Tip - they are larger than the hen pasties and hang th'other way round.

Note the proximity of engine houses from the old tin and copper mines - there would have been more pasty trees in the vicinity when the mines were working.

Pasty trees have a long cropping season and this kept the local miners and their families in food for most of the year. Fishing and farming also sustained them. Land clearance for other crops eventually led to the demise of the wild pasty tree (see HERE).

The over-clearance of the original pasty forest was the reason why Scilly and Cornish gigs went to Mexico in the first place (the Mexican connection is described HERE). 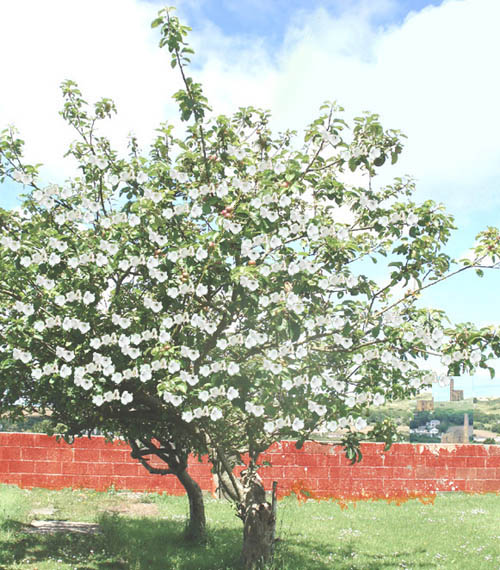 The same tree in flower

In former times, the pasty trees were mapped for local reference ..... 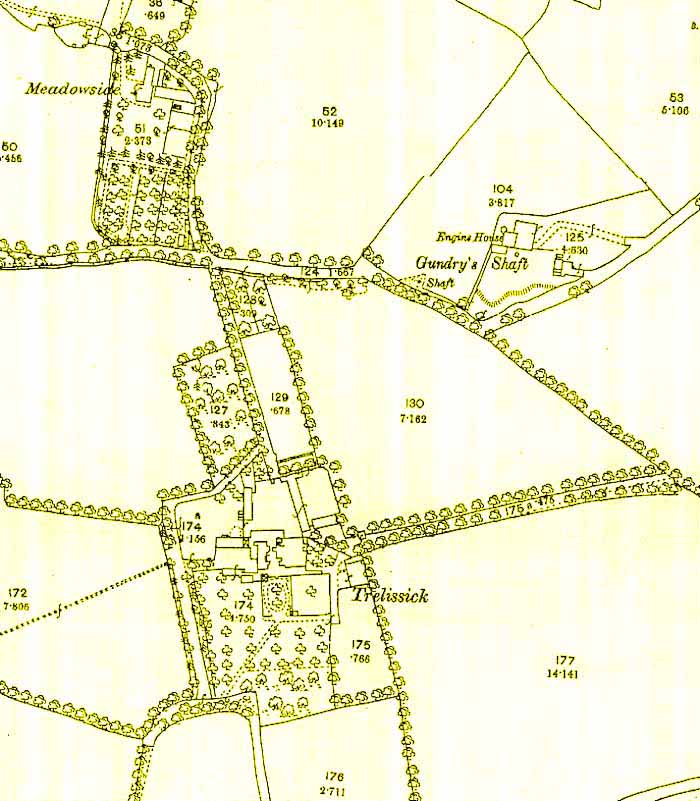 Reproduced by permission of Ordnance Survey
on behalf of The Controller of Her Majesty's Stationery Office.
© Crown copyright. All rights reserved. Licence number 100047373.
Map of the Trelissick area of Hayle, Cornwall
Scale 1:2,500   Dated 1878

Field 127 was where Father's house was built later, it was a random grove of native trees, probably the last remnants locally of the original pasty forest. You can see a single Mexican Pillar Plant in it.

At Meadowside, there was a plantation. This was a regular, planted pasty orchard. They had more pillar plants than us. That explains why I sometimes had to pollinate the trees by hand (see HERE).

Similar symbols are used on modern maps: rounded for deciduous trees and spiky for coniferous trees.

Note from a learnéd treatise about the pasty tree family

Now you d'know far more than maybe you ought about our Cornish pasty .....