Mother's pasties, I'll have ee know
Were nothing but the best
Full of turnips, taties and some beef
They were far better than the rest

Pollards coaches took the weight
On chapel trips to Looe
Loaded down with saffron buns
And mother's pasties, too

If I could turn the clock back years
Now wouldn't that be grand?
Once more I'd sit on Hayle beach
With mother's pasty in my hand

I can say little about this poem except how much it "strikes home" - we lived it, except for Pollards coaches. We used the station a lot because Father was a grower and sent flowers and Pittosporum to markets all over the country. Also, as a boy going to school in Penzance, I caught the train every morning. We also took mother's pasties down the weir, up Trencrom, to Penzance and on Hayle beach

Long memories ..... I remember the railway horses pulling the trucks along the line on Hayle Terrace by the harbour, under the viaduct into Foundry Square and then under again out to Harvey's quay!

I remember, too, "The Egg Man" coming to collect the eggs from Father's chickens. A man who always wore a waistcoat, hob-nail boots and leather gaiters, in a four-wheel covered wagon pulled by a horse. I believe they were taken to the egg factory at Crowlas. Our own eggs were kept in gert big bussas (cloam earthenware pots) in "isinglass" (a watery gelatin substance) to keep the air out of them .....

In retrospect, having seen the link for "isinglass" and its probable expense, I suspect the substance was simply a gelatin mixture

Pork from the pigs was also kept in bussas, in brine. We had no fridges or freezers in they days .....

If you know Hayle but you don't know The Book of Hayle, you should get it!

Acknowledgements: My thanks to Brian Sullivan, Secretary, Hayle Old Cornwall Society, for putting me in contact with Harry Pascoe. Also, my thanks to Harry who was so pleasant on the 'phone and for giving his permission to put the poem on "The Cornish Pasty" web site (KR).

I did not manage to locate the poem's author when this page was written but I can now thank Jim Davey personally - he recently made contact after finding this web site. Thank you, Jim, also for the discussion about old times in Hayle - its a small world! After the railway horses, I got to remembering the mechanical horse - the Scammell Scarab, an articulated delivery truck with a three-wheeled tractor unit, which it turned out that Jim's father used to drive (see similar HERE) ..... Also, Jim, as a railway fireman, probably helped me to school by train many times in those days (KR 2 Sep 2007)

Now, another thank you to Jim for sending the two photographs below ..... 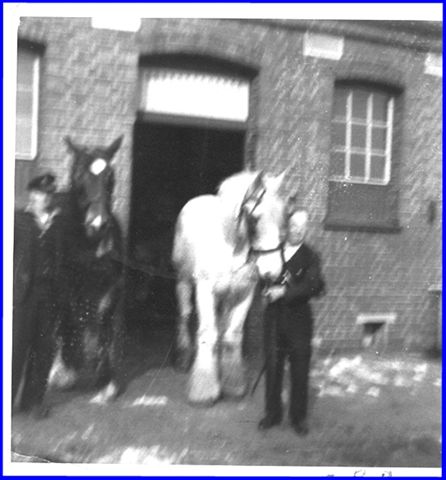 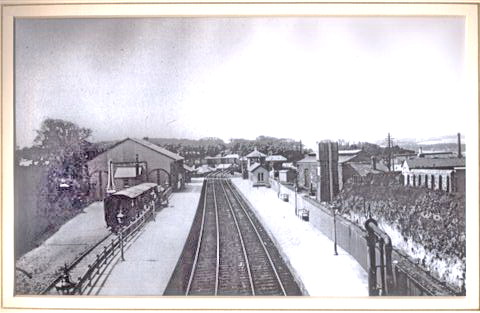 ..... and, further to the mentions and links above, we now owe another 'thank you' to Malcolm Ruscoe for permission to use the following photograph from his Mechanical Horse web site The Mechanical Horse Club of Great Britain. This is the truck that replaced the railway horses (although it was not this particular one in Hayle) ..... as the web site says, "memories of a past way of life" .....

The Mechanical Horse - The Scammell Scarab